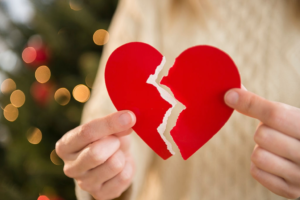 Break up is one of the most challenging things to do in a relationship. It doesn’t matter if you are initiating it, it’s a bit complicated to look at someone in the eyes and tell them you aren’t interested anymore. This is the reason most people will ghost on their partner. However, in this article, you will learn how to break up with someone nicely in 2021.

Let me tell you the truth; whenever a relationship ends, everybody hurts. But the partner at the receiving end feels the pain more; this doesn’t mean that you that’s ending things is immune to pain.

I know that break up isn’t advisable, but it’s necessary sometimes. And if you are in a toxic relationship, you don’t need a soothsayer to know that you need a fresh start in 2020. Please never be with anybody out of pity.

Let me tell you a story. I know of a guy who was seriously in love with a lady. Although they loved each other so much, they weren’t compatible. In other words, they have different values and ideologies about life.

Instead of them to have a thorough discussion and reach a compromise before marriage, they didn’t. And they got married anyway. Guess what happened? The marriage didn’t last three months, and both parties regretted ever continuing the marriage even though they loved themselves.

So, never assume that your partner will change from their bad habits after marriage. The right thing to do is to end a relationship once it has become toxic. But if you must do it, don’t hurt anybody’s feelings. Trust me, if you don’t know how to break up with someone nicely, the experience for your partner may be unbearable.

Read Also: Glaring Signs That Your Girlfriend Is Cheating On You

Tips On How To Break Up with Someone Nicely

Like I mentioned earlier, it’s quite challenging to break up with someone you have been with for a while. That someone isn’t right for you doesn’t mean that such a person isn’t smart, intelligent, or excellent. Just that you guys aren’t compatible. And if you must end things with them, you must do it matured.

Here are some helpful tips on how to break up with someone nicely without hurting their feelings. If you apply these tips, you can break up with anybody and still be on good terms with such a person.

#1. Ensure That You are Ready Before Having the Conversation

The first mistake people make is that they initiate a breakup while they aren’t ready for it. Trust me; it will only make things more complicated for you. As a rule, never initiate a break up when you are angry. Ensure that you are in the right frame of mind before you start up a conversation.

However, if you still wish to continue with the break up after thinking it through, take the next course of action.

#2. Break Up With The Person Physically

If you have been dating the person for a while, try to break up with the person physically. You will only make things more complicated for yourself if you decide to ghost on them. It makes them think the worst of themselves.

Furthermore, it’s not a good idea to break up with someone over text. It sounds so disrespectful. My colleague at work once told me how heartbroken she was when her guy ended things with her abruptly after dating him for three years.

According to her, she spoke with him that same day, and they discussed at length and said a lot of romantic things to each other. Sadly, she received a message from the same guy an hour later telling her he can’t continue with the relationship again.

Don’t get me wrong; I don’t have any issue with the fact that the guy broke up with her. But the fact that he once had romantic moments and quality time with this lady makes it wrong to break up with her over a text. To me, it’s an act of cowardice.

The least he could have done is to summon the courage to discuss the break up with the lady as a man. That’s how to break up with someone nicely if you don’t want to hurt their feelings.

Read Also: Exciting Things To Do Late At Night With Friends

#3. Don’t Keep The Person In Suspense

It’s never a good idea to keep someone in suspense and give them the impression that you aren’t interested anymore.

Again, try as much as possible not to give the person head up that you want to break up. By the time you start saying, “we need to talk,” you are giving the person the impression that something is going on.

Make preparations and try to be as romantic as possible. Be sincere and tell the person that you can’t continue with the relationship anymore. Let them know how amazing they are and how much you would have loved to be with them.

#4. Have the Conversation at The Right Time

Don’t forget that break up itself is stressful and always comes with pain. So, try as much as possible to have the breakup conversation with the person at the right time.

It’s entirely unreasonable to initiate a break up when your partner just lost his/her father or mother. I know you can’t precisely avoid the conversation, but do it at a time when they can absorb the shock and pain that comes with it.

I mentioned earlier that nobody is immune to the pains that come with break up. But if you know how to break up with someone nicely, you can pass through the phase easily.

So, try as much as possible to be kind at the moment you are breaking up with your partner. Don’t forget that this person spends some valuable and special moments with you, the least you should do is end things up on a kind note.

What I’m trying to say is that you should treat the person how you would want to be treated if you were in the same situation. Again, the person you are breaking up with may not take things easily. Expect a negative reaction, but you have to play the maturity role.

#6. Don’t Focus On What They Did Wrong

Do you want to hear the truth? A conversation about break up is never comfortable, so be prepared for it. Make the person understands how difficult and scary it is to end the relationship, but you have to do it. By doing this, you are sharing a moment of sadness with the person.

Again, please don’t turn it into a blame game. In other words, don’t try to blame the person for what happened. Focus the blame on yourself by saying, “I think this relationship isn’t working out, and I think we should end things.”

Here are some of the tips on how to break up with someone nicely in 2021.

The truth about relationships is that …

The truth about relationships is that …