What Men Want In  a Woman

We always talk about what women want, but does anyone ever consider the men? What do they really want in a relationship? Many people believe that sex is number one on a man’s priority list when it has to do with relationships. This is true for several men; however, it does not classify all men. In this article, you will learn What men want in a woman.

Many men do not divulge their innate feelings as to what they desire since men have been groomed to hide what they feel. This creates pressure in many relationships, especially when women don’t even know how to make their significant other happy.

Nonetheless, from my little experience and research, I shall be sharing a few tips as regards what a man wants from a woman in a relationship. 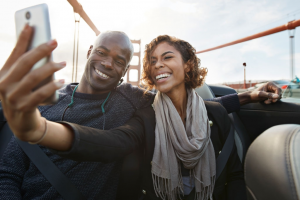 What Men Want in a Woman

Read Also: How to Know if a Guy Likes You

What men want in a woman are;

Great sex is essential to a man, but sometimes all a man wants is affection. Everyone, including me, loves a bit of warmth here and there. Showing affection to your man could be by sending him an affectionate text message, massaging his aching muscles or publicly holding him close. Sometimes, it could be buying him his favourite drink or beer.

Affection can make a man feel wanted, and this is the case even with men who seem emotionally stiff. Occasionally flirting with your partner is another way to be affectionate. Regardless of what works for you, all you need to do is make sure your man feels wanted.

2. Have Faith in His Abilities

Also, what a man wants from his woman is she having faith in him. Lately, feminists have been on the rise, especially the wrong kinds. And as such, many women have been conditioned not to see the man in their life as a provider or believe in their capacity. I am all for independence and all that, but sometimes a man needs to feel that sense of responsibility.

Many a man believe it is their responsibility to protect and provide for those he loves adequately. Giving your partner words of encouragement could mean more to him than those he gets from others.

Let your partner know you have an unwavering belief in his talents, and you are supportive of his endeavours. Make him feel like a man in the home, and you are one step from taking up all his attention.

3. A man wants an understanding woman

Everyone knows that women want to be understood. But this is the case for men as well. Research has shown that the feeling that your partner understands you play a significant role in a good relationship. A man derives joy from knowing his woman “gets” him.

The man by nature is very logical and a problem solver which complements the woman, who is more emotional in her dealings. You can develop an understanding of each other by taking time out daily to talk to each other. Ask questions of positive connotations about each other during this time.

4. A wants and seeks respect from his woman

This is another virtue a woman should cultivate- respect for her man. Everyone wants to be respected, and a man feels loved and respected by his woman when she gives him room to assert his manly actions. You don’t have to disrespect yourself or ignore your own needs to show you respect your man.

However, simple ways to do this include listening and not interrupting him when talking, giving him a positive attitude, and be supportive of his plans.

What a man wants in a woman who can exercise patience in her words and actions. By nature, women are quite chatty. And when pissed, they become even worse till it translates to nagging. When a man is busy or not in the mood to engage in unneeded chatter, try not to try to push it.

There is nothing worse than someone continually nagging you at every turn. It could bring about resentment and anger. This is why most men would rather spend time with their friends, in bars or other locations where their partners can’t reach them.

6. A Playful and Jovial woman is what a man wants

Sometimes it’s crucial to stop being serious and just relax. Most men want a woman who he laughs with, play. It makes the relationship more lively and a long-lasting one.

7. A man wants a woman who has excellent cooking skills

This seems a little bit traditional and part of the criteria a man looks up to from a woman. A man wants a lady who can dish out amazing foods. That’s one of the best ways to win a man’s heart!

Note that all of these do not completely cover all that a man wants. However, these would most likely be the needs of most men you come across. But after doing all these, you can still figure it out by checking out these following signs to know if he genuinely likes you.

1. He’ll want to show you things he really likes

Showing a person your favorite things is equal parts wanting to see if they’re also into those things, and wanting to show them more of yourself. If he’s sharing things that he likes with you, he definitely likes you. It’s almost always as simple as that.

2. He doesn’t look at his phone when you’re hanging out

First of all, it’s just pretty rude in general to be on your phone the whole time you’re with any person. But it’s something we’re all guilty of. If your guy manages to focus only on you the entire time you’re together, though, it’s a pretty good sign he really likes you. He’ll address whatever’s going on in his manly group chat later—right now, he’s with you.

Ugggghhh, why is it so hard to admit you miss someone you like? Lol probably because admitting it would mean admitting you’re into them and that’s terrifying. Just like you’re scared actually to say these words, so is he! A guy who really likes you, though, will say it. Probably because he wants you to know he likes you, which he clearly does.

4. He wants to run errands with you

One of the best things is when your dates are not so many dates anymore, but just the two of you doing your regular, everyday, human activities with each other. It’s sweet and cute when he asks if you want to grab groceries with him and a good sign, he just loves the idea of being around you—no matter what the situation is.