Falling in love is great and inspiring. But keeping your love life private is as important as your love life itself. It doesn’t make sense to update your Facebook relationship status just because you met a handsome ‘dude.’

It may sound controversial. But sharing your relationship status to the world would only earn you jealously and enviousness.

Come to think about it. If you can keep your salary figure, investment plans, secrets, and sexual life private, why can’t you keep your love life that way? This gets you thinking. It’s the first blonder young people make when in love.

Now don’t get me wrong… I’m not suggesting that you keep your love life private forever. But you should keep your facebook relationship status private until you are married to your partner officially.

Let me tell you a story about my 21 years old cousin, Angela. When she met her first boyfriend, she was madly in love. It was all over her facebook page. She uploaded the boy’s picture on her wall and was always posting beautiful things about him. In fact, she updated her Facebook relationship status to “in a relationship.”

I saw it and laughed. Immediately, I put a call across to advise her, but she didn’t listen. Do you know that first love madness most girls undergo? Good, she was actually in that stage.

A few weeks later, Angela updated her relationship status again to engaged. I felt a bit relieved after all; the relationship is heading somewhere. Oops! Guess what happened?

Check This Out: 16 Reasons Why Nigerian Men Get Married According To Ada Bekee

Reasons You Should Make Your Facebook Relationship Status Private 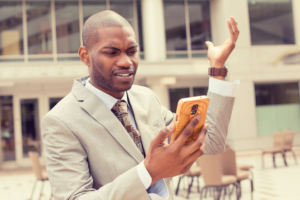 It just doesn’t make sense to announce your new relationship to the world. In the real sense, your relationship status is an aspect of your life you should keep private.

I know letting your FB friends know about your relationship status won’t compromise your online security. Again, it won’t alarm your friends and relative on your friend’s list.

But it gives people around you an idea of what’s going on in your relationship. Except you are passionate about broadcasting your romantic success online, I think it’s better if you take your love offline.

There’s a famous saying that a “yam that will burn will burn either roasted or boiled. You can’t make an unserious partner to be committed. Even if you use billboards for advertising the relationship, he/she will still cheat.

Let me tell you the ugly truth. Updating your relationship status on Facebook doesn’t change anything about your love life. It neither makes your partner more committed nor makes you happier.

If you think “in a relationship” field on your facebook profile will make a difference, then you must be a dreamer. People who are happy with their relationships don’t share it online. Always keep that in mind.

#3. It Doesn’t Make Your Relationship Better

Sometimes watching too much Zeeworld and Nollywood affect how we think when it comes to relationships. There’s never an ideal situation in dating. Also, bear in mind that challenges are inevitable. And sharing your relationship details won’t make your relationship any better.

I don’t know if I’m wrong, but you can’t impress a partner that doesn’t like you. Even if you make all the pictures on your facebook about him or her, it can’t change anything.

While you will get some likes and great comments for uploading pictures of you and your partner, it’s just a short term emotional booster. It wouldn’t make you or your partner happier, more romantic, or have better communication.

You see, focus more on developing your relationship than broadcasting it online. After all, you aren’t in a love competition with anybody. Or are you?

Whenever you share your love details online, you are giving rooms for comments. Don’t forget that Facebook allows you and your partner’s friends to comment on your new relationship status. And it always comes with a series of comments.

Trust me, not giving room for such comments would be better. And the only way to avoid it is not to update your Facebook relationship status.

Read Also:  Meeting His Parents For The First Time: How To Win Their Heart

#5. Breaking Up May Be Challenging When You Make It Official Online

I know it isn’t advisable to think about how a relationship might end. But thinking about it will always put you on a safer side of the situation should things go wrong.

A wise man once told me that “If you are dealing with humans, hope for the best and expect the worst.” Always have this in mind before you try to update your Facebook relationship status.

Let me ask you a question. Have you ever imagined the type of response and feed story you will generate when you try to change your status back to single?

If you are excited by the lovely comments, people will make when you update your Facebook relationship status, then wait until you things go wrong with your partner. That’s when you will see the real definition of salvage.

These are the five reasons why I believe you should make your facebook relationship status private.

You May Like: Sending Nudes On Snapchat Something You Must Avoid

Single is the most common relationship status on facebook. If you see someone updates “I am Single” on facebook, it means either of the following things;

This status update is arguably the most complicated of all of them. In fact, it’s more complicated than “it’s complicated.” Funny right? But it’s the truth. Here are some of the true meanings behind the status….

Read Also: Signs That Your Man Is Taking Advantage Of You

Engaged Facebook Relationship status is true most times. But there are a few exceptions to it.

Married is a facebook relationship status people seldom joke with. When someone updates that he or she is married, most times they are telling the truth.

You must have seen the status “It’s complicated” on a few of your friends facebook wall. Here is the true meaning behind it;

#6. In An Open Relationship

People often use the status “In an open relationship” on facebook to tell their partners that they aren’t committed anymore indirectly.

This is actually the saddest Facebook relationship status. It means that the person was previously married, but his/her partner is no more.

For every separated relationship status you see on facebook indicates one of the following;

There are no two ways about it. Divorced status is what it is. I don’t think anybody will be pranking with Divorced as a facebook status.

Facebook recently added “in a civil union” as one of their status options. It means two things which are;